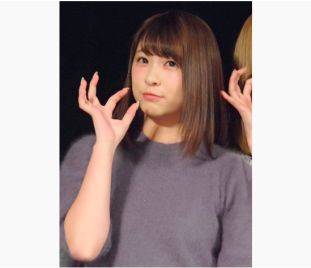 Fukuda announced, "On the last day of December 2019, I left Upfront Promotion, whom I have been indebted to for about 15 years." She reflected, "They were like my second family that I joined in order to grant my dream of becoming a Hello! Project idol."

Faked expressed, "I joined Hello Pro Egg when I was just 9 years old. Even after graduating from Hello! Project, I was able to gain a lot of experience through songwriting. I am full of gratitude."

She continued, "This is both a big and positive decision for me. I will do my best to utilize my past experiences and take a hard look at my future in order to take a greater leap as a woman and as Fukuda Kanon. Please continue to support me as before."

Fukuda graduated from ANGERME in November of 2015. Since then, she has been active as a lyricist.