Higashide Masahiro's agency confirms he and Anne have separated 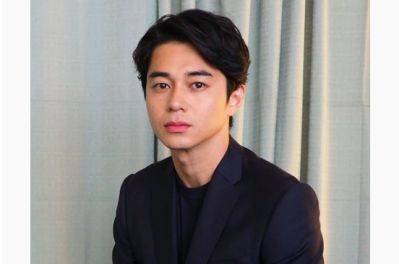 On January 22, 'Bunshun Online' reported that actor Higashide Masahiro (31) and wife, actress Anne (33) are currently separated. On the same day, Higashide's agency confirmed the reports, stating, "We've confirmed that the things that have been written [in the article] are almost all true," then continued, "However, we have heard that the separation is not a step toward divorce, but a cooling-off period in order to mend their relationship."

According to 'Bunshun Online,' the couple have separated and is on the verge of a divorce. More details are published on 'Shukan Bunshun' reporting on Higashide's affair with a minor and photographs of the actor together with an 'innocent actress.'

Higashide's agency wrote about the actor's currently condition, "Higashide is suffering from regret as he feels the weight of responsibility that things have gotten this way and realizes the greatness of the things he's lost." They added, "We believe that he must spend a lot of time and hard work in order to regain the trust he's lost."

Finally, they stated, "It's a hard road ahead, but Higashide must prove himself both as a husband and father in order to restore his family again. The company will strictly watch over his journey. We ask for your kind understanding."

SixTONES's new song to be used in Japanese-dubbed version of movie 'Spiderman: No Way Home'
4 hours ago   0   182