MIYAVI to release 2 albums this year 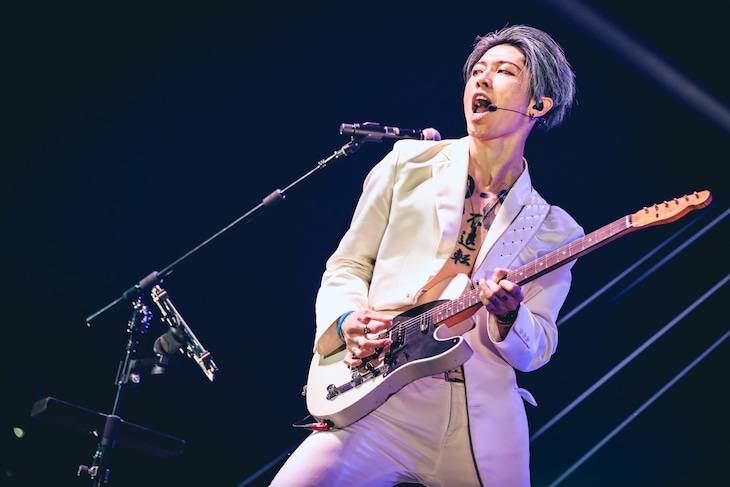 It's been revealed that MIYAVI will release two albums (currently untitled) this year.

On January 29, MIYAVI wrapped up his eighth world tour at Blue Note HAWAII in Honolulu, Hawaii. During this concert, he announced that he would be releasing his first albums after transferring to LDH JAPAN.

He commented, "I've started working on the albums with the same flow and momentum of my latest album 'NO SLEEP TILL TOKYO.' Every time I release an album, I immediately want to start working on another one right away, but as soon as I start working on it, I feel the pain of labor. I have great respect for all mothers in the world. I am working on this album concurrently with my tours, acting, and fashion, but both my production teams in Los Angeles and Tokyo are working hard to push it forward. I'm finally done with the first half, now going into the second half. There are many songs that are filled with my personal feelings. I will do my best that it will reach a lot of people." Details on one of the two albums will be revealed on February 14.

MIYAVI is scheduled to tour Japan in May and June. Kicking off on May 8 in Osaka, he will visit Hokkaido, Aichi, Fukuoka before the finale on June 11 in Tokyo.

Twice Wows While Continuing to Perfect Their Elegant/Mature Concept in New Release "Kura Kura"
1 day ago   0   2,645