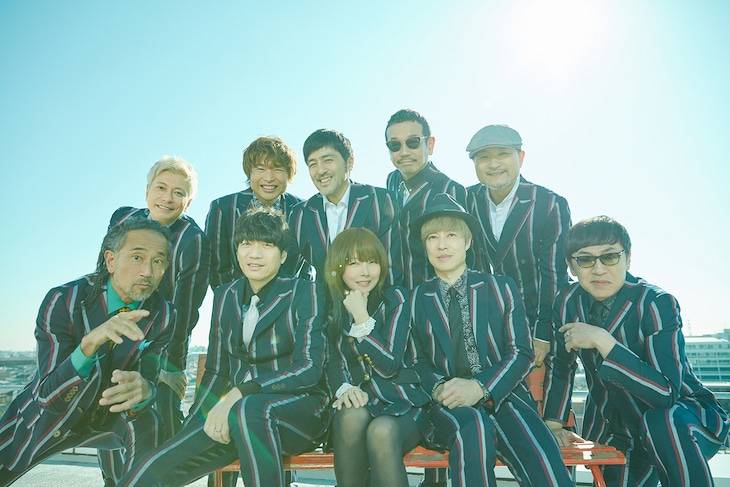 This was announced during a CM on the February 7th broadcast of TV Asahi's 'MUSIC STATION.' With this announcement, a new artist photo featuring the band and aiko was revealed.

Titled "Good Morning~Blue Daisy feat. aiko," the song was composed by Oki Yuchi (Key) and written by Yanaka Atsushi (Baritone Sax). On the collaboration, aiko commented, "It's a dream to be appointed guest vocalist for Tokyo Ska Paradise Orchestra. I am happy now and in the future!!!"