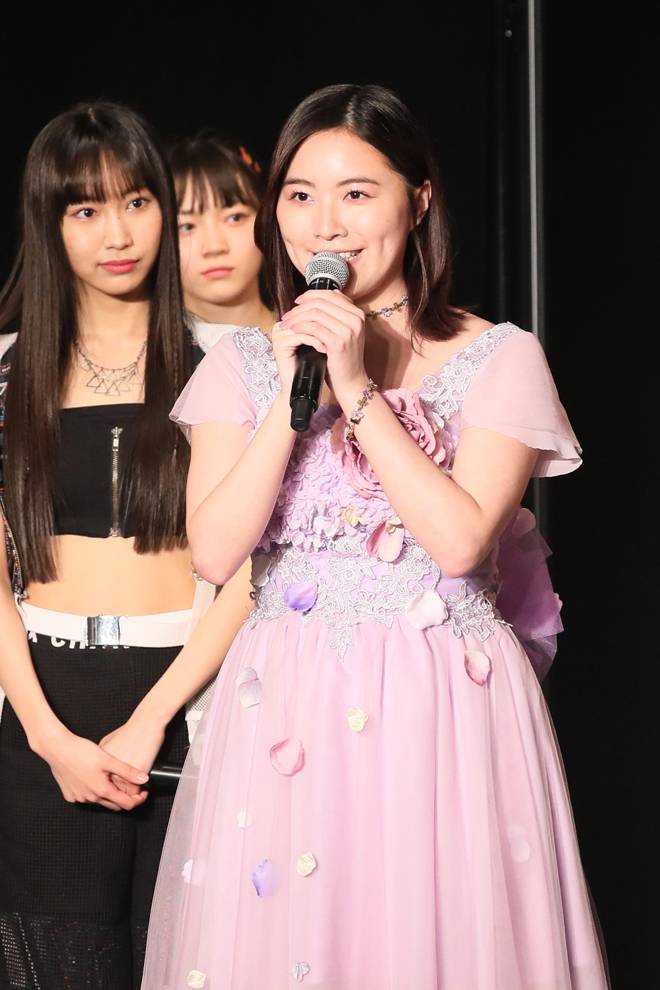 On February 7, Matsui Jurina announced her graduation from SKE48 during Team S's concerts at SKE48 Theater.

At the end of the live, Jurina was called out by the other members and took the stage. After singing "Ano Hi Kawashite Yakusoku," which was included in her solo album released last October, Jurina said, "Watching today's performance and watching the members recently, I feel they've grown, and I feel happy that there are more and more members who I can entrust the center position to." She continued, "I, Matsui Jurina, will graduate from SKE48."

Jurina added, "I thought about my graduation as the other members from my generation graduated, but I felt that I had to pull SKE48 even higher and watch my juniors grow, which is why I worked hard until now."

Julian passed SKE48's first generation audition in 2007, then made her stage debut on October 5 of the same year. She was selected as a senbatsu member and center for the first time in AKB48's tenth single "Oogoe Diamond." Since then, she has been a main member of the AKB48 groups.