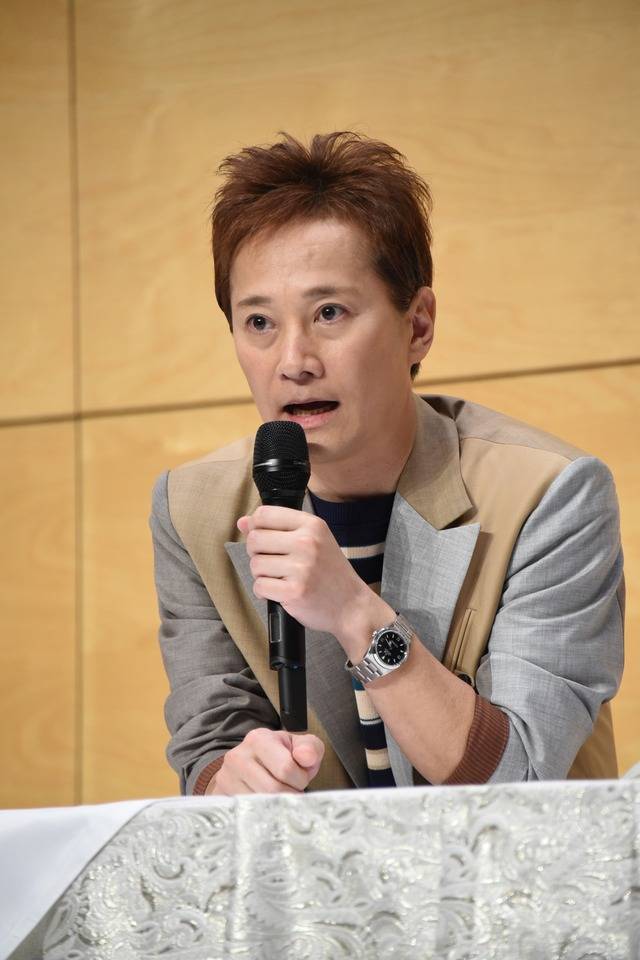 On February 21, former SMAP member Nakai Masahiro held a press conference where he announced that he would be leaving Johnny's & Associates on March 31.

At the beginning, Nakai immediately revealed what the press conference would be about, "Are we ready? Can we begin? Is it too soon to say that I will be leaving the company? Well, I am leaving the company. Johnny's & Associates. Today I am making that announcement." As this surprised the press, Nakai left the room to get a fresh start and returned after counting down into the microphone. He declared, "At this time, I, Nakai Masahiro, would like to hold long interview in regards to me leaving the company."

First, Nakai announced that he would leave Johnny's & Associates on March 31. He had expressed his wishes of leaving the company last May or June and was looking for the right timing, but due to various reasons, including Johnny Kitagawa's condition, it had been postponed. In the beginning, he had planned on leaving the company at the end of 2019, exactly three years since the disbandment of SMAP, but settled on March instead as he was preparing to open his own agency.

SMAP was one of the most influential groups in J-Pop from 1988 to 2016. Nakai confessed that he felt "burnt out" when the group disbanded with a sense of break for the members. He said, "I wondered when the sparkle from my twenties and thirties would come out from within me again. I thought it was something that would come out naturally with time. A week passed, then two months, three, six... but I never felt like I had to do the next thing. After about two years, I felt that I had to start thinking about what I wanted to do. There was also a time I thought those feelings would return if I changed my environment and became alone. One of the main reasons I felt that I needed to leave the company was in order to change my environment."

On February 19, the day of his father's death anniversary, Nakai launched his independent agency 'Nonbiri na Kai' (roughly translates to 'easygoing association'). This agency is run by Nakai alone, and the homely style of the press conference was something he decided for himself.

Apparently, Nakai made the decision of leaving Johnny's & Associates alone without consulting anybody. Even after making his decision, he didn't tell any of his seniors or juniors. Right before the press conference however, he called Higashiyama Noriyuki, who serves as the newscaster for 'Sunday LIVE!!', to let him know about his decision. While reenacting his conversation with Higashiyama, Nakai suddenly remembered that he forgot to contact TOKIO's Joshima Shigeru, who appears on Saturday's 'Weekly News Leader.' He apologized to the camera, "My head was so full with Higashiyama-kun that I forgot! I'm sorry! Oh no, what should I do? Joshima-kun. I'm really sorry." To the SMAP members, Nakai sent them a message the night before, but revealed that not all of them responded.

On his feelings toward Johnny's & Associates, Nakai stated, "I didn't have talent or power, and there wasn't one thing in particular that I excelled at. For someone like me to come this far, it is all thanks to this company."

On working with the members of Atarashii Chizu in the future, he answered, "In entertainment, I only see things between 1% and 99%. So working with the three of them is not 0% or 100%, but between 1% and 99%." Similarly, on the possibilities of SMAP getting back together, he said, "It's between 1 and 99%. Not 0, nor 100. But it's not something I can do by myself. The five of us have our own circumstances. We would have to work them out in order to move forward [with regrouping]." Regarding a solo debut, he laughed and said, "It's a 1% that's closer to a 0. It's impossible for me to make it with singing by myself."

The press also asked about rumors that the SMAP members didn't get along, which was previously reported in tabloid magazines. "I wondered how they knew. But isn't it normal to be at odds? It's the same with married couples and lovers. It's okay [to not get along] as long as the people involved know the situation. But that was an important experience for me. Now I don't think anything of what gets reported," he shared.

Finally, on SMAP, he commented, "Yesterday, at an electronics store, someone asked me, 'Are you Nakai-kun from SMAP?' People younger than me even ask me that, so it made me think that I'm 'Nakai-kun from SMAP' for the time being. I'm okay with being Nakai-kun from SMAP. I'm not going to deny it or say, 'We've disbanded!' I mean, it was my life."

Lastly, he said, "I'm not sure what kind of work I will do from now on, but I want to take it easy as my company name suggests. Please watch over me. Thank you for taking the time to get together today."