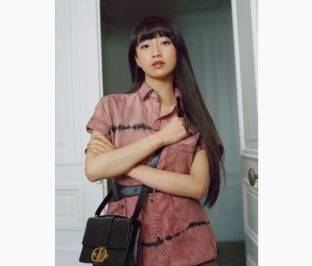 Kimura Takuya and Kudo Shizuka's eldest daughter Cocomi has launched an Instagram account. In her first post, she announced that she has been appointed as the Japanese ambassador of Dior and will be on the cover of 'VOGUE JAPAN' that's due out on March 28.

She first greeted, "Everyone, nice to meet you. I'm Cocomi. Please treat me kindly!" On shooting the 'VOGUE JAPAN' cover, she commented, "It was such a wonderful experience. Thank you very much!"

As the daughter of two big-name J-pop musicians, Cocomi grew up surrounded by music. She began playing the violin at the age of three and the flute at eleven. Last year, she ranked highest in the Nihon Sogaku Competition winning first in the wind instrument division and placed first in France's contemporary music awards.