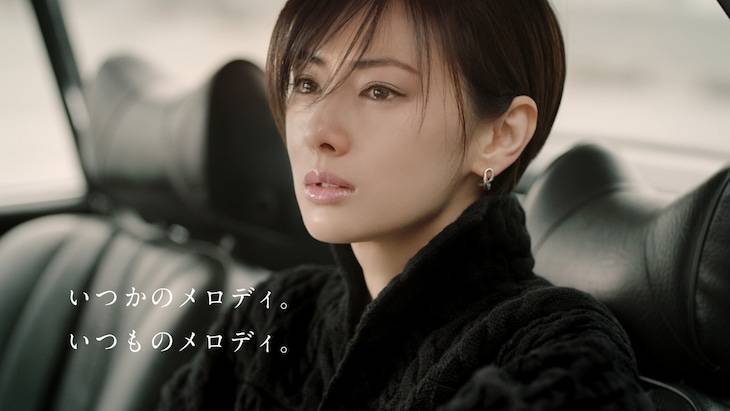 GLAY and Kitagawa have been friends since a long time ago, and GLAY performed their song "HOWEVER" at her and DAIGO's wedding. There are two versions of the CM, and the first features Kitagawa sitting in a parking lot as she cries while singing "HOWEVER." In the second CM, Kitagawa sings "SOUL LOVE" while getting ready to go out. You can check them out below.