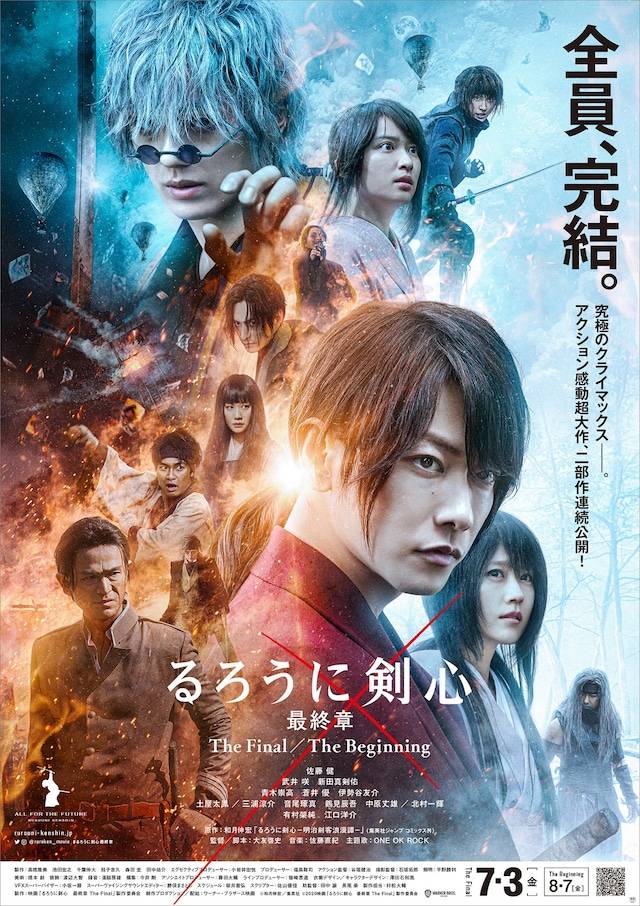 It's been revealed that ONE OK ROCK will be providing the theme songs for the upcoming 'Rurouni Kenshin' films due out this summer.

Starring actor Sato Takeru, 'Rurouni Kenshin: The Final / The Beginning' are the latest installments in the popular series that brought in a total of 12.5 billion yen in box office revenue. ONE OK ROCK has been in charge of the theme song since its first movie.