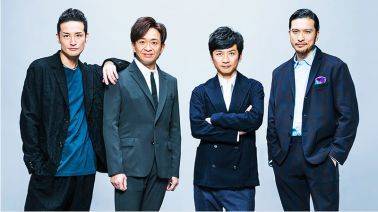 During the broadcast, Ishihara Yoshizumi asked, "Leader, didn't something good happen to you this week?" to which Joshima responded, "It's personal, but my son was born."

While he wasn't able to witness the birth due to work, Joshima commented, "I have to become more and more aware of being a parent." He also revealed, "I first told Higashiyama-san [Noriyuki] on the phone."