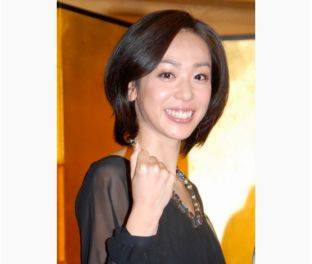 On April 2, actress Yuui Ryoko (43) announced on Fuji TV's variety program 'Out x Deluxe SP' that she married director Urakawa who is in charge of the said program.

Reportedly, the two started dating after Yuui guested in the program about a year ago. On Twitter, she wrote, "I would like to announce that I registered my marriage with a non-celebrity man on February 5 of this year. I wasn't very fond of marriage, but meeting such a broad-minded person who accepts me for who I am and finds me interesting, I naturally began thinking about marriage."