Gouriki Ayame & Maezawa Yusaku are back together? 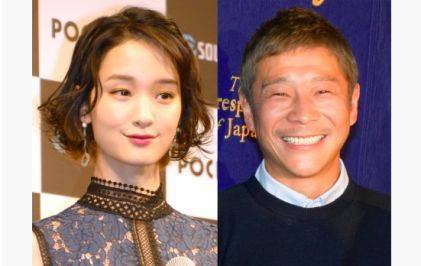 On April 22, Bunshun Online reported that actress Gouriki Ayame (27) and e-commerce company Start Today president Maezawa Yusaku (44) are back together. In an ORICON STYLE interview, Gouriki's agency neither confirmed nor denied the reports stating, "We leave private matters up to her."

According to Bunshun Online, in mid-February, Maezawa told the employees of Start Today and other affiliated companies that he and Gouriki are dating again.

Gouriki and Maezawa's relationship bloomed back in April of 2018, but they broke up last November. When Gouriki appeared on a radio program in December, she had commented, "Formally, we have broken up, but my feelings are still there."