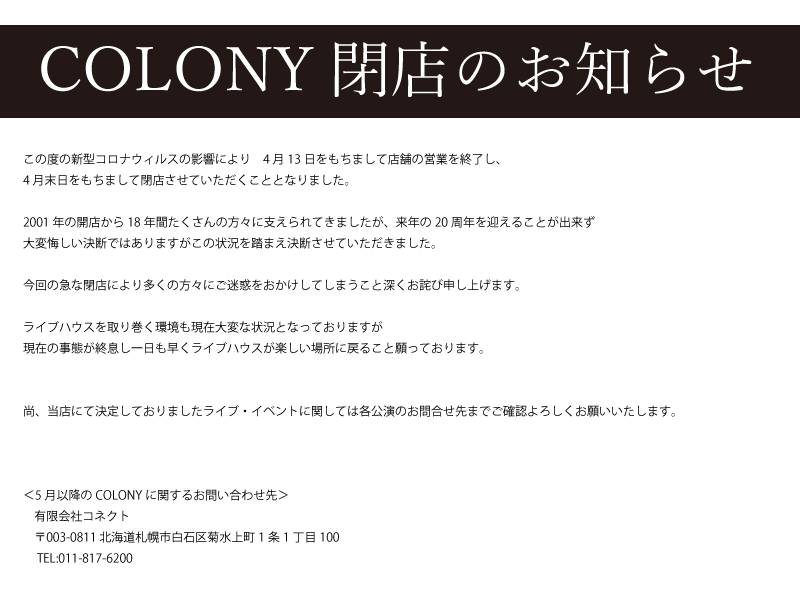 It's been announced that Hokkaido live house COLONY will be closing its doors on April 30.

According to COLONY's official website, the venue will be shutting down as a result of the new coronavirus. The announcement states, "Since opening 18 years ago in 2001, we have been supported by many people. It's frustrating that we are unable to celebrate 20 years next year, but we've reached this decision based on the situation."

COLONY is a live house that opened in Sapporo back in September of 2001 holding a total of 180 guests. Many artists including both major and indie artists have performed at this venue.