Yabuuchi Yuu's 'Dolly Kanon' to get a live-action drama adaptation 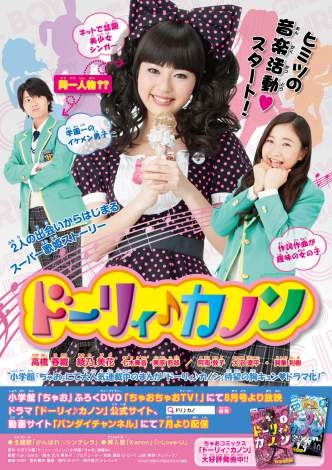 Yabuuchi Yuu's ongoing manga "Dolly?Kanon" that is being serialized on Shoujo manga magazine "Ciao," will be getting a live-action drama adaptation, and the main cast members were revealed on the July issue of the magazine that was released on June 3rd.

Dolly?Kanon is the story of a junior high school student named "Okuda Soshi," who is the most handsome boy at the school. One day, because of an unexpected turn of events, he happens to disguise himself as a girl, and sing songs. He then ends up becoming a super idol named "Kanon" after his performance video is posted on the internet.

The roles of "Okuda Soshi/Kanon" will be played by rookie actress Takahashi Haori (16), and the heroine, "Shishido Kokone" whose hobby is to write and compose songs, will be played by Ayano Mika (19). "Kokone" is the one who makes "Soshi" dress in female attire, and also produces for him.

Takahashi who belongs to STARDUST Promotion, made her debut back in 2008, and grabbed lots of attention when she appeared on TBS drama, "Perfect Blue" as a younger sister of the protagonist. This however, will be the first time for her to take the lead role. She commented, "I was full of anxiety to play a boy, since I'm still inexperienced in acting, but the joy of being able to participate in this work was bigger than that?"

On the other hand, Ayano made her singing debut last year, and she also made an appearance on Miike Takashi's film "Aku no Kyoten." Ayano commented, "At first, I was not too sure about the way Kokone talks, but before the filming begun, I had a talk with the director, and it allowed me to get Kokone's image down. Hence, I was able to feel at ease during filming."

One of the highlights in the drama will be when "Soshi" transforms into "Kanon", and the viewers will also be able to watch the performances of songs like "Kanon", "i?Love?U", and "Ganbare?Cinderella." Those songs were originally written by Yabuuchi in the manga, but for the drama, they will add melodies into them. Reportedly, there will also be music videos for the songs which are to be released through the official site.

The live-action drama adaptation of "Dolly?Kanon" will be directed by up-and-coming director Yuki Saito, and it will be a total of 8 episodes (7 main episodes + spin-off). The drama will be included in the magazine's appendix DVD "Ciao Ciao TV!", starting from the August issue (to be released on July 3rd.). It will also be distributed through the drama's official site, as well as through the Bandai Channel starting on July 23rd. 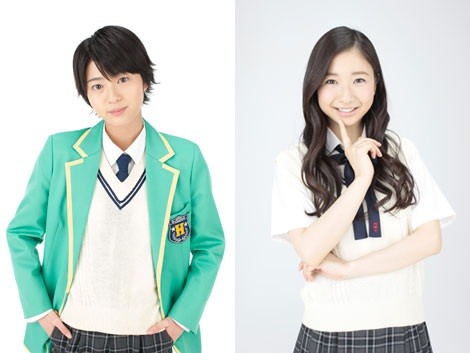 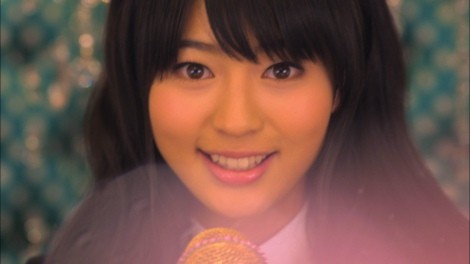