'TRICK' to reach its final conclusion with its 4th film 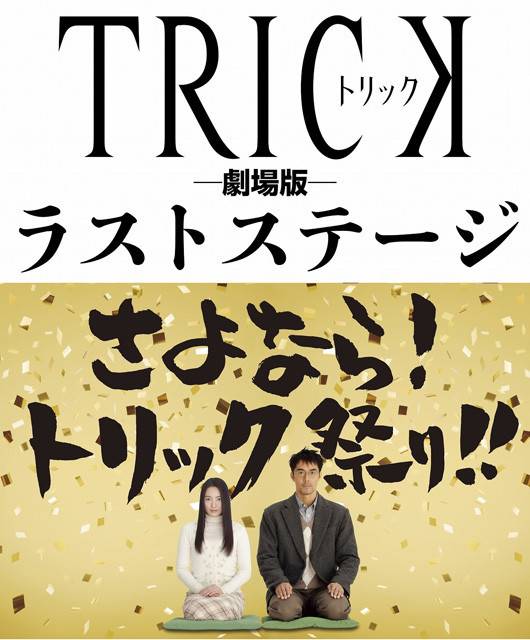 'TRICK' is a comedy/mystery series about the beautiful and very talented magician "Yamada Naoko" (Nakama) and the big-headed, self-proclaimed genius physicist "Ueda Jiro" (Abe), who work together to uncover the tricks behind various cases related to supernatural occurrences.

The fourth installment is said to become the most ambitious film in the series, and it's going be the first time that some of the filming will take place in foreign locations. Of course, there will be a lot of gags in typical 'TRICK' fashion, but all the fans of the series are bound to shed tears after this film according to Director Tsutsumi. At the same time, it's going to maintain that certain charm of the series that will even allow people who have never watched the drama or the films to enjoy it as much as everyone else.

Nakama and Abe are going to be joined by the well-known regular cast from the previous dramas and films, including Namase Katsuhisa and Nogiwa Yoko. Starting with the upcoming summer drama 'Keibuho Yabe Kenzo 2', there are going to be various promotions to get you in the right mood for the movie's Japanese premiere sometime in January of 2014.