Live-action film & anime film of 'Cardfight!! Vanguard' to be released in fall 2014 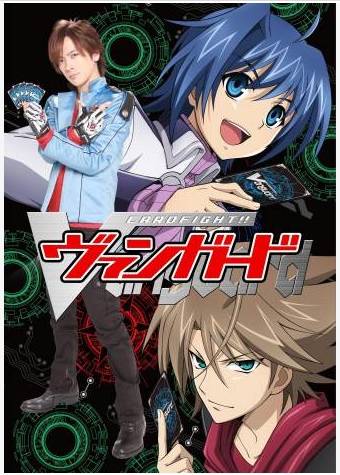 It has been announced that Bushiroad's popular card game "Cardfight!! Vanguard" will be made into a live-action film and anime film for the release in fall of 2014.  Both films will be released as a double feature movie.

The live-action film will star DAIGO, who is currently serving as the card game's CM character.

The anime film will be a brand new storyline in which the main characters from its TV anime series Aichi and Kai will combine forces to battle a powerful enemy.

The original author, Ito Akira, commented, "While talking to Director Itagaki Shin and other staff members about ideas, [Itagaki] stated, 'the ideas for the films are overflowing as full as the whole TV series,' and so it seems that the film version will be quite the luxury work.  Please look forward to 'Cardfight!! Vanguard – film version' that is comprised of the past Vanguard and future Vanguard."

The live-action film adaptation will be directed by Motoki Takashi and it will star DAIGO, Mimori Suzuko, Shiina Taizo, and Sueno Takuma.

The anime film version will be directed by Itagaki, written by Sekijima Mayori, and voiced by  Yonaga Tsubasa, Satou Takuya, and Kitta Izumi.  The animation will be done by ULTRA SUPER PICTURES.