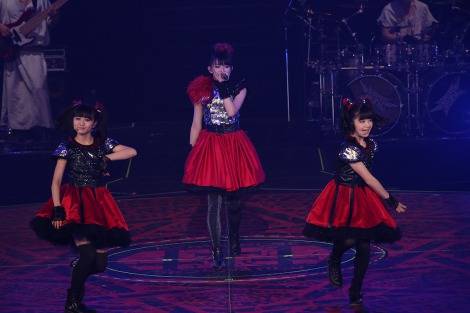 On March 1 and 2, metal dance unit BABYMETAL held their first solo live concert at Nippon Budokan, and they became the youngest female artist to hold a live concert at the venue.


They were formed as a subunit from idol group Sakura Gakuin with the theme of 'fusion of idol and metal' back in 2010, and they have been attending many rock festivals.

For this 2-day concert, a total 20,000 fans attended to see the unit live. During the first day titled "Akai Yoru LEGEND 'Kyodai Corset Matsuri' ~Tenkaichi Metal Budokai Final~", they performed a total 13 songs without any MC segment or encore.

The second day was titled "Kuroi Yoru LEGEND 'DOOMSDAY' ~Shokan no Gi~", for which they performed 15 songs including their major debut song "Ijime, Dame, Zettai" and 2nd single "Megitsune". The last song was "Headbangeeeeerrrrr!!", and the members and the audience shook the venue together with their head banging.

During the concert, it was announced that they would hold their first live concert in Europe in this summer.

BABYMETAL have been showing their popularity overseas as their first album "BABYMETAL" (went on sale on February 26) grabbed the number one spot on iTunes Store's metal chart in the US, UK, and Germany. 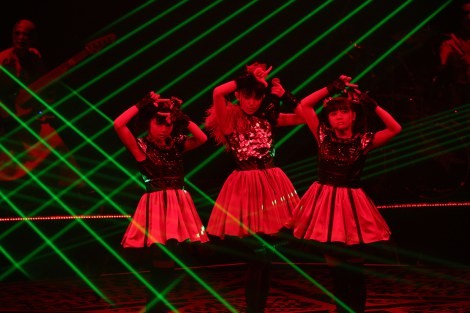 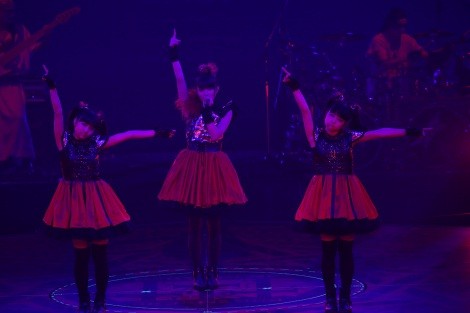 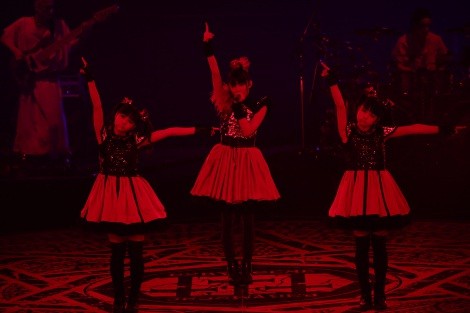