NMB48's new album to be released in August 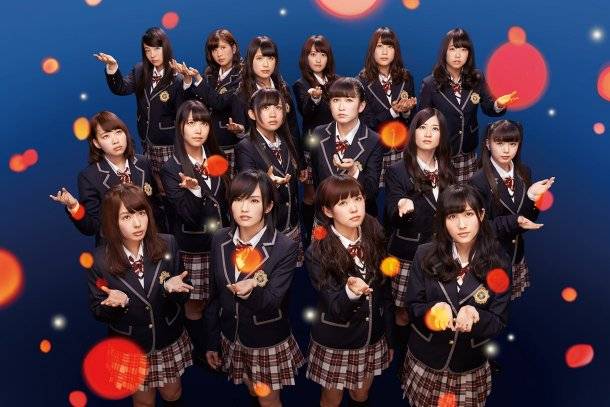 NMB48 will be releasing their new album (currently untitled) on August 13.

The album will not only include their previous singles like "Bokura no Yuriika", "Kamonegikkusu" and "Takane no Ringo", but also its lead track "Ibiza Girl", as well as many unpublished songs.

There will be 3 different versions for the album, and each version will come with a privilege DVD which contains music videos, footage from their theater performances, live performances from "NMB48 Request Hour Set List Best 50 2014", or "NMB48 feat. Yoshimoto Shinkigeki Vol.9", and more.

Meanwhile, the group's official YouTube channel released the short version music video to the new song "Ibiza Girl." It will be available on iTunes beginning on June 21.

On a side note, NMB48 will hold their nation-wide tour from July 9 ~ September 18. Reportedly, the team attending each venue will differ for this tour.