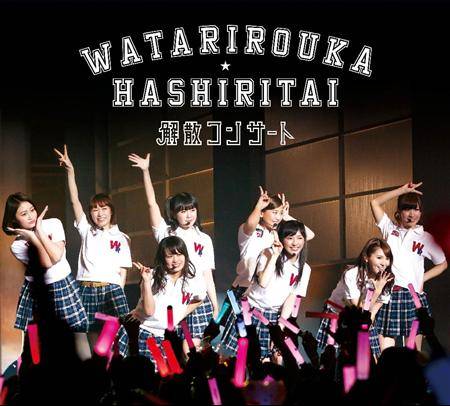 AKB48 sub-unit Watarirouka Hashiritai disbanded on February 9, 2014. However, fans of the group can now rejoice as it has been announced that the group's final performance at Zepp DiverCity Tokyo will be released through DVD and Blu-Ray on September 3!

The volume will consist of the performance itself, as well as rehearsals scenes and off-shots.

Watanabe Mayu (20), one of the original members of the unit, calls out to fans, "I hope Warota (nickname for the group) will always live in your hearts!"