GLAY to provide opening theme for anime 'Daiya no A' 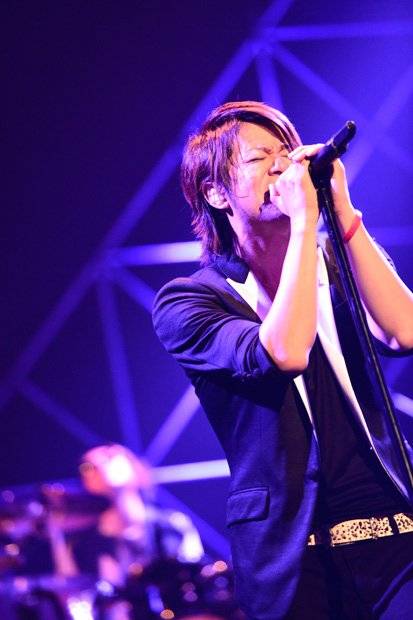 GLAY's new song "Hashire! Mirai" has been chosen as the opening theme for TV Tokyo's anime 'Daiya no A' ('Ace of Diamond'). This song will be released as a double A-side single with "Hyakka Ryouran" on October 15.

"Hashire! Mirai" is a rock tune that was written and composed by TERU (Vo) who claims to be a fan of "Daiya no A". Regarding the tie-up, he commented, "I loved reading 'Daiya no A', but I never thought that GLAY would be in charge of its theme song, so I am very happy." This will be GLAY's first tie-up with an anime in over 15 years.

Meanwhile, "Hyakka Ryouran" is said to have a heavy rock tune and is a satire of modern society. Besides the two title tracks, the single will include "BLEEZE", "Waitan SAPPHIRE", "YOU" and "Kuroku Nure!" from their first studio session live held back in July, as well as a digest audio recording of their upcoming album "MUSIC LIFE" scheduled for release in November.

To commemorate the single's release, GLAY will hold a live concert on September 16 at Zepp Tokyo. Details on participation methods is available on GLAY's official website.