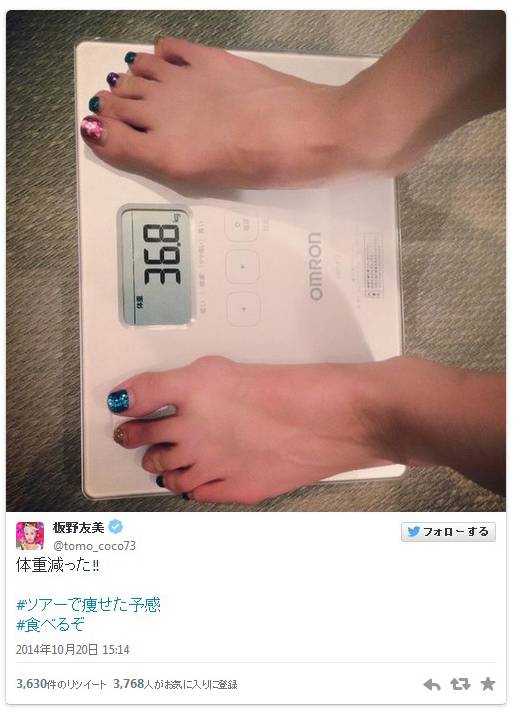 Itano tweeted, "I lost weight!" and attached a photo of herself standing on a scale. The picture features the singer's bony feet and a scale that reads "36.8 kg" (80.96 lbs).

Fans showed their concerned over Itano's weight with comments such as "Isn't this weight dangerous?" and "Don't overdo yourself." While many fans were critical of the picture, other fans argued that it is her personal freedom to reveal her weight.

SixTONES's new song to be used in Japanese-dubbed version of movie 'Spiderman: No Way Home'
4 hours ago   0   168