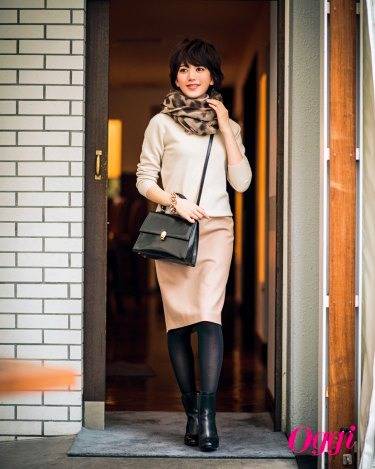 Former AKB48 member Mitsumune Kaoru will make her debut as a magazine model on the December issue of fashion magazine 'Oggi' (October 28 release).

During her days in AKB48, Mitsumune gained a lot of attention as a "super kenkyuusei". Although she had received many offers from popular fashion magazines, this will be her first time to actually appear in one.

In the upcoming issue of 'Oggi', Mitsumune will appear in a 11-page feature called 'Makimono no 1gaketsu Coordinate'. The magazine's targeted audience are working women in their late-twenties to early-thirties. Through the featured article, Mitsumune will show different ways of wearing a scarf, as well as a "new face" of the former idol.

Mitsumune won the Grand Prix in 2011's 'Kobe Collection Model Audition'. In December of the same year, she joined AKB48 and gained attention as a "super kenkyuusei", but withdrew from the group in October of 2012.