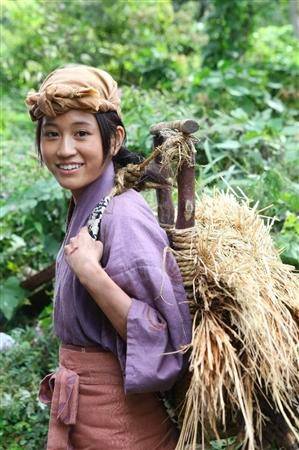 It's been revealed that former AKB48's Maeda Atsuko will be making a guest appearance in Fuji TV's 'Getsu 9' drama 'Nobunaga Concerto'.

'Nobunaga Concerto' is a historical drama that follows the story of a high school student named 'Saburo' (played by Oguri Shun) who aims to unify the country as "Oda Nobunaga" after slipping back into the Sengoku Era. Maeda will play the role of 'Oharu', a village girl from Sengoku daimyo Imagawa Yoshimoto's territory. She will help the wounded Saburo who came to seek refuge in the village.

The last time Maeda appeared in a 'Getsu 9' drama was 'Taiyou to Umi no Kyoushitsu' back in July of 2008. This is also her first time starring in a historical drama since NHK's Taiga drama 'Ryomaden' in 2010. Regarding her impression of the set, she commented, "I thought it was going to be a NHK drama rather than a 'Getsu 9'. I'm feeling the freshness of a "Getsu 9' historical drama." She added, "I'm honored to work with such a wonderful cast."

Maeda will appear in the drama's 3rd episode which will broadcast on October 27.