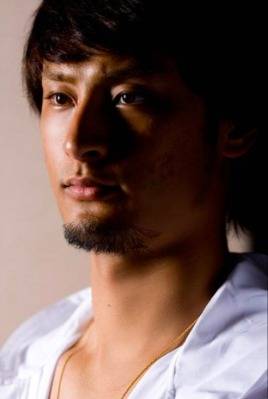 A few days ago, major league baseball player Yu Darvish revealed that he's in a relationship with former world wrestling champion Yamamoto Seiko. While he only stated that they're dating, tabloid press Josei Seven reported that Darvish had made an announcement to his close friends that he would be getting remarried.

On November 21, Darvish responded to the reports via Twitter. "The Josei Seven article, there were no interviews or anything," he began and denied the reports saying, "How we met and what happened after, it's [what's being reported] nonsense. We still don't know about marriage, and haven't told anybody about it. Because of it [the false reports], I've received a few messages saying congratulations on your marriage! lol." 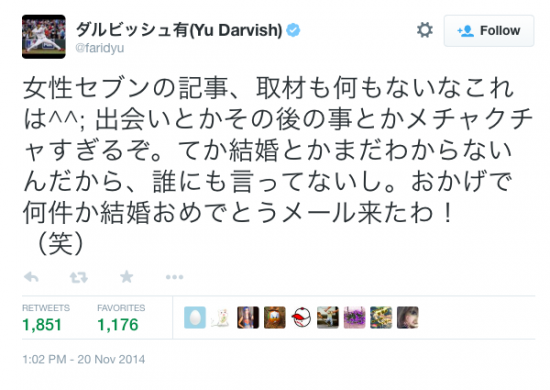