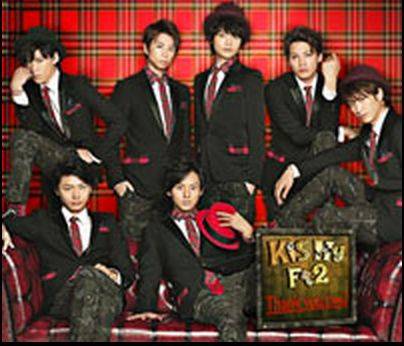 They are the second male artist in 2014 to reach the 400,000 sales mark in the first week as Arashi accomplished this earlier in the year.


"Thank you jan!" is the group's 12th consecutive chart-topping single and its first week sales was their best since their debut in August 2011.

Also, this is the 5th consecutive year for the group to top the single ranking since their debut. For both male/female and solo/group artists, they are the first one in 5 years to do so as it was last accomplished by KAT-TUN in 2010.