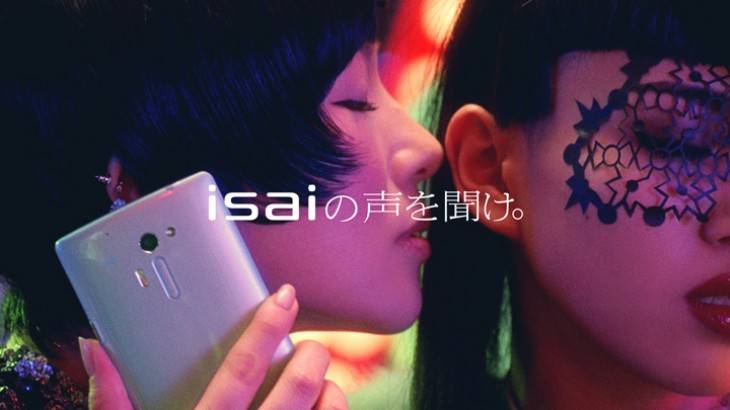 Sheena Ringo has been chosen as the CM character for the 'isai VL' a new smart phone developed by au and LG. She appears in its new CM which began airing nationwide on December 11.

Directed by Kodama Yuichi, the CM features Sheena's new song "Chichinpuipui" that was included in her latest album "Hi Izuru Tokoro". The CM begins with Sheena singing while holding 'isai VL' on a stage that was created in the image of an imaginary cabaret called 'BON VOYAGE'. The music stops when the narrator says, "Listen to the voice of the 'isai'." The word "isai" here refers to the phone 'isai VL' and the meaning of "genius". Sheena asks, "Are you listening?", then gives a powerful performance of "Chichinpuipui".