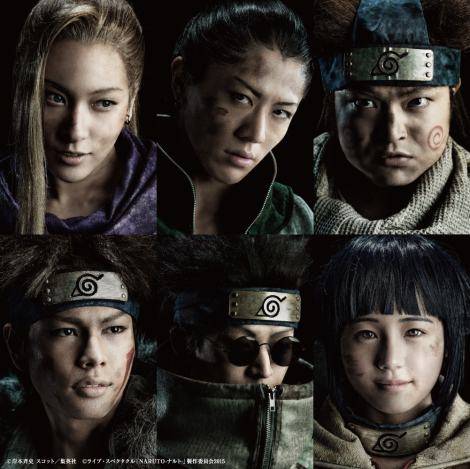 Since the last couple of months, we've been teased by the characters' visual art for upcoming stage play "Live Spectacle : NARUTO", and finally, the visual art for the rest of the main characters has been revealed.

As previously announced, it's a stage play adaptation of Kishimoto Masashi's popular manga of the same name, and it will cover the stories from the 1st to the 27th volume.