Wentz Eiji and Koike Teppei to restart their activities as WaT 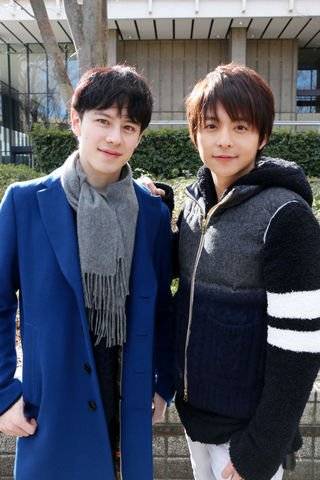 Singer-songwriter duo WaT, comprised of Wentz Eiji and Koike Teppei, will be restarting their activities after 5 years.

WaT first began their activities in 2002. They made their major debut with "Boku no Kimochi" in November of 2005 and appeared in NHK's 'Kohaku Uta Gassen' in December of the same year. Since then, they were active through releasing CDs and holding live concerts, but due to the members' busy solo schedules they haven't been active as an unit since releasing "24/7 ~Mou Ichido~" in September of 2009.

WaT is expected to release a new CD and hold a live concert in 2015. They are already in the process of writing a new song. This will mark their first CD release in 5 years. It will also be their first live concert since their Hibiya Kokaido concert 7 years ago, in May of 2008.