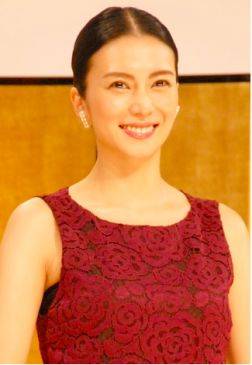 On August 25, NHK announced that actress Shibasaki Kou will star in the 2017 Taiga drama 'Onna Joushu Naotora'. This will be her first lead role in a NHK drama.

Shibasaki commented, "This is the first time I've heard about Naotora. From now on, I want to search for her appeal, and grasp it. I am delighted to be offered the role of a person who is both elegant and strong. I believe that it will be a wonderful work filled with spirit, as well as lessons that would become hints for the present day. I will do my best in order to do that."

During the Sengoku Period, there was a woman who ruled as lord of her clan. Her name was Ii Naotora. After every battle, the head of the Ii family would be killed, which eventually left Naotora in charge. The upcoming Taiga drama will portray the drastic events in Naotora's lifetime.

On choosing Shibasaki for the lead role, production supervisor Okamoto Yukie said, "She is an unusual actress who possesses both the strength and beauty of a tiger. I believe she will cause an excitement through the Taiga drama."

The script will be written by Morishita Yoshiko, who also wrote the script for 'Gouchisousan'.

'Onna Joushu Naotora' will begin its broadcast in January of 2017 and will run for a one-year period. Filming is scheduled to start in August of 2016.