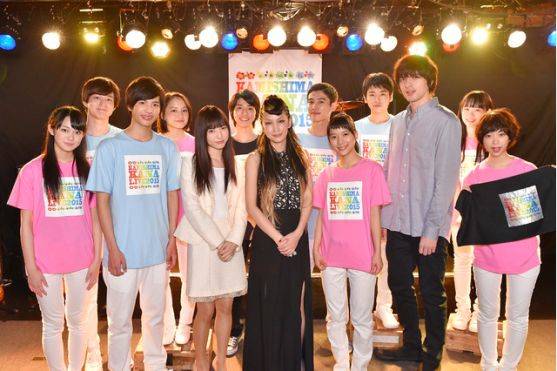 Singer Nakashima Mika will sing the insert song for TBS drama 'Omotesando Koukou Gasshoubu'. She will also make a guest appearance in its 8th episode on September 11.

In the drama, "Ai no Uta" is a song that has been passed down in Omotesando High School's chorus club. Instead of having the cast just sing it in the drama, the producer also wanted to use it as the insert song. Thus, he called up Nakashima to grace the drama with her beautiful singing voice. This song will be released digitally on September 25.

In the drama's 8th episode, Nakashima will play popular artist 'Kamishima Kana' who is an alumni of Omotesando High School. With the members of the chorus club, she will sing a cover of BEGIN's "Koishikute". This will mark Nakashima's first drama appearance since "Unubore Deka" aired about five years ago in 2010.