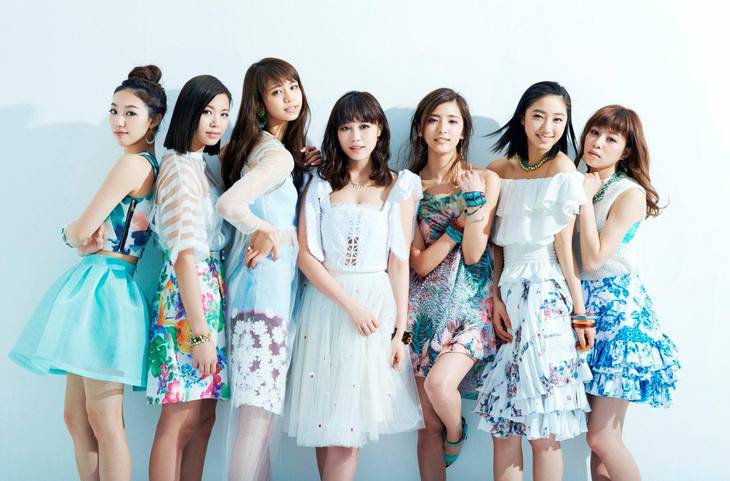 Ichiki Kyoka (second member from the left) has announced her graduation from both E-girls and Flower.

On her reason for graduating, Ichiki explained on the groups' official websites, "I wanted to step down from the entertainment stage and walk through life as 'Ichiki Kyoka'." The other members of Flower wrote, "In the beginning, we were so surprised that we couldn't accept it. But after discussing it many times, we were able to accept Kyoka's feelings and decided to see her off with a smile."

After passing the "EXILE Presents VOCAL BATTLE AUDITION 3 ~For Girls~" in 2011, Ichiki had been an active member of E-girls and Flower. Henceforth, Flower will continue their activities with the remaining six members.

In addition, it was announced that Erie (first member on the left) will no longer be a performer in E-girls, but will support the group as its DJ. On her career change, Erie commented, "From about two years ago, I've been wanting to challenge new possibilities from a different angle with my own strength."