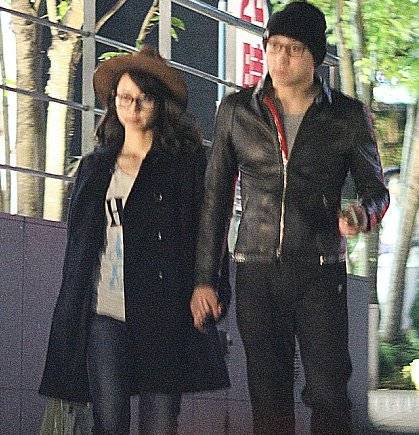 It was 3 months ago when the sudden marriage announcement of Horikita Maki and Yamamoto Koji came out of nowhere.

When the couple announced their marriage, people were quite surprised since it was one of the biggest couples of the year, but the way Yamamoto won Horikita's love also caught people's attention as it was a bit "stalkerish."

However, there had been no 2-shot photos, nor any eyewitness reports about them until now which made some people even have a doubt if they were truly married.

But, it seems like they are a happy newlyweds after all.

On the latest issue of "Josei Seven" (published on the 12th), the first 2-shot photo of  Yamamoto and Horikita was released.

According to the tabloid magazine, they were spotted coming out from their luxury apartment while holding each others hand in early November, and after stopping by a supermarket next to their apartment, the couple disappeared to enjoy their night.

The magazine described that they looked very fresh and like a harmonious newlywed couple.