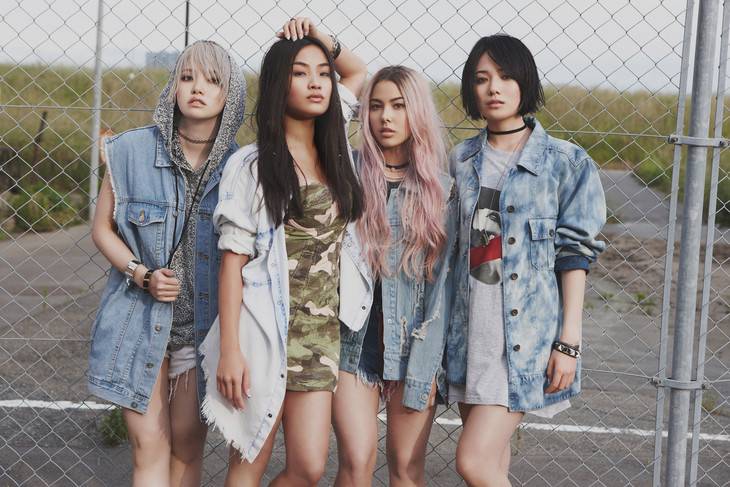 FAKY kicked off their activities back in 2013 as a "girl group that would go anywhere in the world." In June of 2014, the group underwent a renewal and changed some of their members. After a year hiatus, the group's original members Anna, Lil' Fang, and Mikako, along with new member Akina from the United States, have resumed their activities in October.

"Afterglow" is a medium-tempo electro pop tune, and it was one of the three new songs that the girls released in October via a subscription service. The PV features appearances by model Nakata Kurumi and Yoshida Sayo as well as young actor Kunai Kenta.