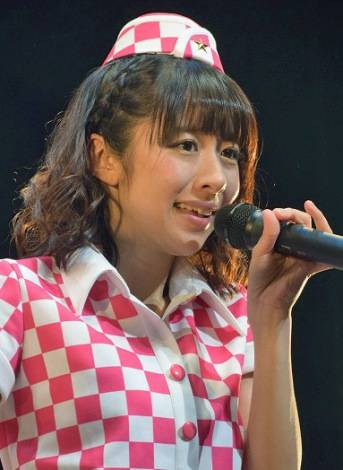 On PASSPO?'s blog, it was announced that member Makita Sako (22) graduated from the group as of December 30. Makita has been on hiatus after the group's concert on May 31 due to poor health.

Makita explained on the blog that now is the best timing for her to make a fresh start as she will be graduating from college in March. She wrote, "During the hiatus, I've learned by seeing and feeling a lot of things, which I realized how optimistic I was. At the same time, my vague goal, which I wasn't sure what I was supposed to do or trying to do, became clearer."

According to her, she will continue her solo activities including stuff like choreography, direction, and songwriting.

Makita ended her comment with, "Though we will go to separate ways, please continue supporting both PASSPO? and Makita Sako. It may take some time, but I will definitely pay you guys up in some way."

PASSPO? is scheduled to release their first single from their new label "Mr. Wednesday" on February 24.