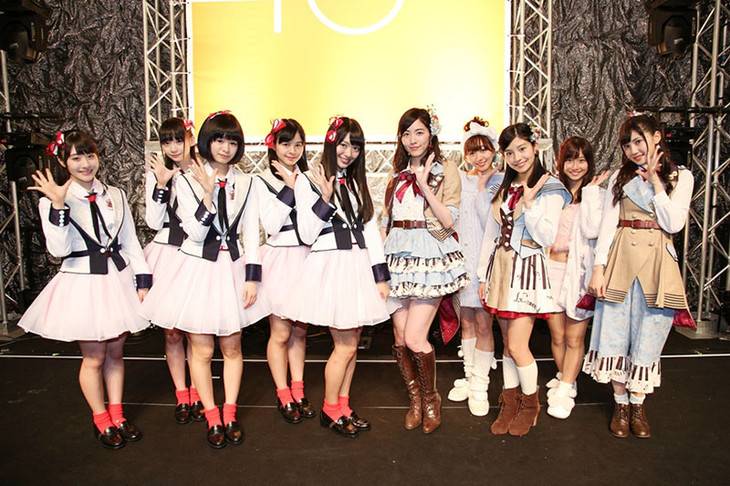 SKE48's new single (currently untitled) will be released on March 30.

The announcement was made on February 6 during SKE48 sub-unit Love Crescendo's handshake event at Toki Messe in Niigata. This will mark the group's 19th single following "Maenomeri" which was released last August. On their upcoming single, Matsui Jurina commented, "This will be SKE48's first single after Matsui Rena-chan's graduation. In that sense, we want to give it our all for this single."

The handshake event also featured a mini live in which members of Niigata-based sister group NGT48 joined Love Crescendo on stage. They performed AKB48's "Aitakatta" and shared stories about Niigata.