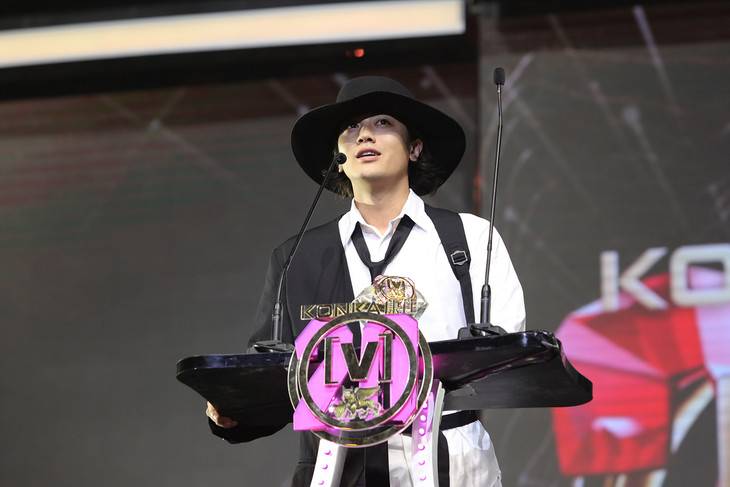 On April 15, Akanishi Jin attended the '20th China Music Award (CMA)' at the Cotai Arena of the Venetian Macao where he received the award for "Asian Most Popular Japanese Artist".

The CMA is China's most influential music awards sponsored by Channel [V]. Besides mainland China, the award ceremony was live broadcast in Hong Kong, Macao, Singapore, and Thailand. Akanishi was chosen as the "Asian Most Popular Japanese Artist" as he has performed in China for two consecutive years in 2014 and 2015.

During the award ceremony, Akanishi performed "Lenny J" and "Dayum" with four back up dancers. Afterwards, he was presented with a trophy and expressed in English and Chinese, "I am very honored. Thank you."

Akanishi also received the "Most Popular Artist in Asia Award" and "Music of the Year Award" at the iQIYI ALL STAR CARNIVAL 2016 on December 5 of last year.