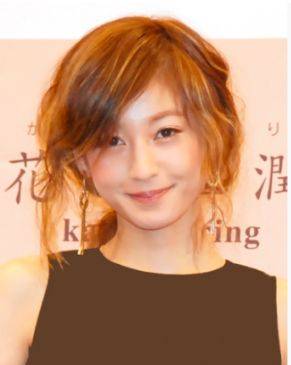 On April 11, model Nishiyama Maki (30) updated her Instagram account and announced the birth of her second child. Both mother and baby are in healthy condition.

On February 16, at 8-months pregnant, Nishiyama was hospitalized due to threatened premature labor. She had been resting since then, and yesterday (April 10), she had announced that she had reached 35 weeks.

In the announcement, Nishiyama wrote, "A little early, but the baby is a bigger than expected." She continued to express, "Happy Birthday. Thank you for being born. We are finally able to meet. Welcome to our family."

Nishiyama added, "I was able to give birth safely. Both mother and baby are healthy. The four of us will continue to press forward while remembering not to take anything for granted, and being thankful for this birthday. Please continue to watch over us. Thank you very much for all of your support and kind words until now."

Nishiyama married actor Saotome Taichi (24) on June 30, 2013. In October of the same year, they welcomed their firstborn, a daughter. Last July, the couple held their wedding ceremony in Hawaii. Then in January of this year, Nishiyama had announced her second pregnancy via Instagram.