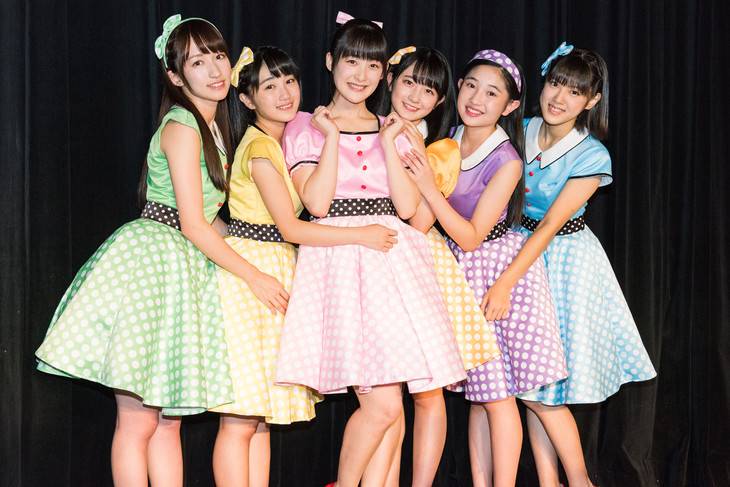 Tsugunaga Momoko has announced that she will graduate from Country Girls and Hello! Project on June 30, 2017.

This announcement was made on November 5 during "Country Girls Live Tour 2016 Winter" at Shinjuku ReNY. During a press conference before the live, Tsugunaga explained to the press, "I, Tsugunaga Momoko, will graduate from Country Girls and Hello! Project on June 30 of next year. This day commemorates the day I passed Hello! Project's audition and became an idol, and it also marks my 15th anniversary. Also, I was appointed to Country Girls' playing manager two years ago. For the past two or three years I have been carrying out my activities to make everyone full-pledged members, and everyone has grown so vigorously. Then I thought that it is my turn next, so I am going to study early childhood education, which has been an interest of mine for some time, and hopefully work in that field. I have about 8 months left, but I will do my very best as an idol and celebrity so that I have no regrets."

Tsugunaga revealed that she acquired her teacher's license for elementary school and kindergarten at the time when she graduated from college. "Even though I have my license, there are so many things I don't know, so after graduation [from Hello! Project] I want to decide on the area I want to study and pursue," she said.

On retiring from showbiz, Tsugunaga stated, "Not only the entertainment industry, but I think I will make the whole world sad. Please forgive me for making you feel sad. Which is why I want to do all I can with the time I have left. I want to be a legend in the idol industry."

She continued, "I announced my graduation to the members of ?-ute and Berryz Kobo beforehand. ?-ute's disbandment is around the same time, so many members from my generation will leave Hello! Project at the same time. I will leave it up to my promising juniors. Country Girls is still a young group, but I want them to succeed my 'Momochi-ism' and carry Hello! Project."

Finally, reporters asked Tsugunaga about what kind of an educator she wants to become. She replied, "I hope to share with children what I felt as an idol. I think that suits me best. It would be wonderful if one of my students become an idol someday. It would be even more amazing if that student entered Country Girls. I wonder if she will become like a Momochi android. In case that happens, I want everyone [the members] to grow so my students don't think that Country Girls is not that great."