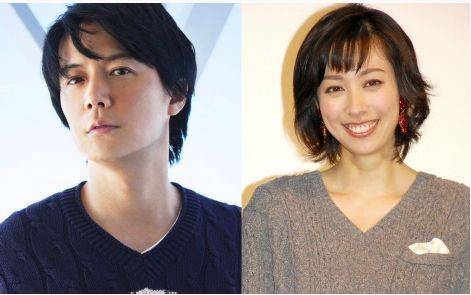 Fukuyama Masaharu and Fukiishi Kazue have welcomed their first child!

Fukuyama made the announcement via his official website "BROS." He wrote, "I teared up when I heard and saw the baby cry for the first time. My eyes are even starting to water as I write this. Until the end of the year, I hope to hold live performances at a high degree of perfection."

Fukuyama is scheduled to hold his live "Fukuyama?Fuyu no Daikanshasai Sono Jyuuroku" at Pacifico Yokohama for 8 consecutive days until December 31.

Fukuyama and Fukiishi married in September of last year. In August, the actress announced that she was pregnant with their first child.