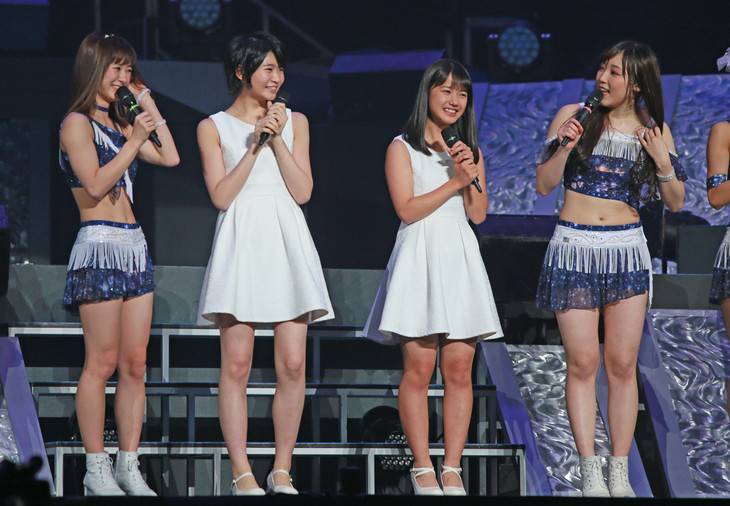 This announcement was made on December 12 during the finale of Morning Musume's tour "Morning Musume.'16 Concert Tour Fall ?MY VISION?" at Nippon Budokan. The two members had been carrying out their activities as Hello! Project Kenshuusei; Yokoyama since this September and Kaga since late 2012.

They were welcomed with warm applause as they made their way onto the stage.  Yokoyama energetically greeted the crowd, saying, "I will do my best by utilizing my strengths and individuality!" Meanwhile, Kaga broke out in tears as she said, "As a new member, I will do my best from the beginning to pass my senpai. Please treat me well!"

The two new members will participate in the group's lives starting in January as Morning Musume.'17.

Source & Image: natalie
Thanks to Meipon for the tip!