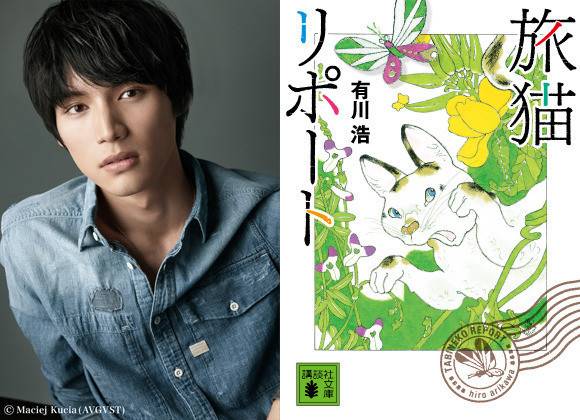 A story of "Tabineko Report" revolves around Satoru (Fukushi) and his cat named Nana. Because of a certain reason, Satoru cannot keep his loving cat, so he and Nana go on a journey together at various places in Japan to find a new owner. By visiting important people in his life, including his best childhood friend and his first love, undelivered feelings and unknown past secrets begin to be revealed.

"I thought this was a sweet story that makes you feel like you are wrapped up with something soft, but there were also some moments my heart skipped a beat by a secret and past hidden inside. I would like to cherish both of the startling feeling and the soft atmosphere when I become Satoru," Fukushi said after reading the novel.

This film adaptation will be directed by Miki Kouichiro, and the author Arikawa is also participating in its scenario.

"Tabineko Report" is scheduled to open in theaters in 2018.