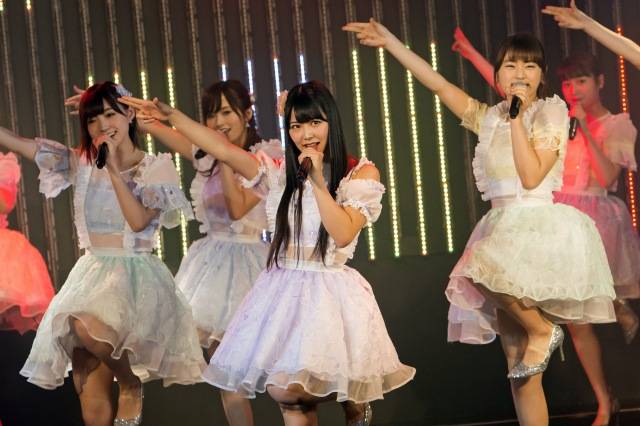 Idol group NMB48 announced during their performance at NMB48 Theater (Namba, Osaka) that they would be releasing their first album in 3 years (currently untitled) on August 2.

NMB48's 3rd album will have 3 limited editions, Type-N, Type-M, and Type-B (CD+DVD), as well as a standard edition (CD-only) and theater edition (CD-only). The CD will include the group's singles, Shiroma's solo song, a unit song, and also each team's songs.

On top of the album release, it was also announced that they will be holding a live concert  "NMB48 LIVE 2017 in Summer" at Kobe World Kinen Hall on August 5 and 6. Moreover, the group will be on their first Asia tour "NMB48 ASIA TOUR 2017"! They will make stops in Bangkok, Thailand (August 14), in Hong Kong (September 29), and in Taiwan (October 1).