Suto Ririka apologizes to fans for causing a disturbance 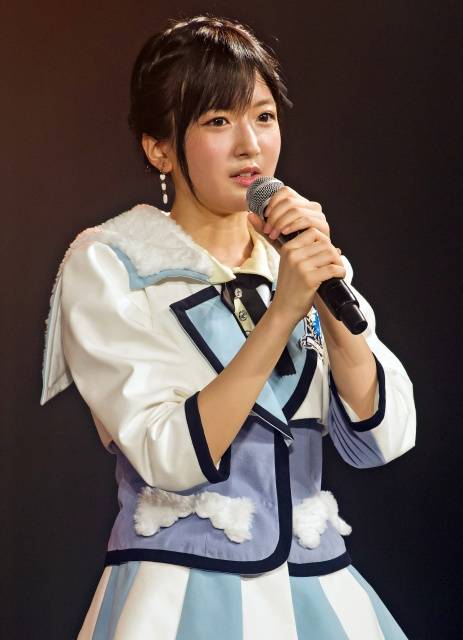 On June 27, NMB48 member Suto Ririka made an appearance on the group's stage performance held at NMB48 Theater and apologized to the fans for causing a disturbance.

As reported earlier, Suto announced that she would be getting married while she was giving a speech at "The 9th AKB48 Senbatsu General Election" (held in Okinawa on the 17th), and it caused repercussions not only among the fans, but also the members, former members and more.

This was her first appearance in front of the fans since the general election.

The 20-year-old idol said, "I am terribly sorry for causing troubles and disturbance to the members, staff members, and especially to you fans," adding, "Though the exact day has not been set yet, I am willing to try my hardest to contribute to NMB48 until my graduation, so please continue to support me." She then bowed her head.

As she mentioned, her graduation date is not decided at this moment, but she has been chosen as a Senbatsu member for the lead track to NMB48's upcoming 3rd album (to be released on August 2).