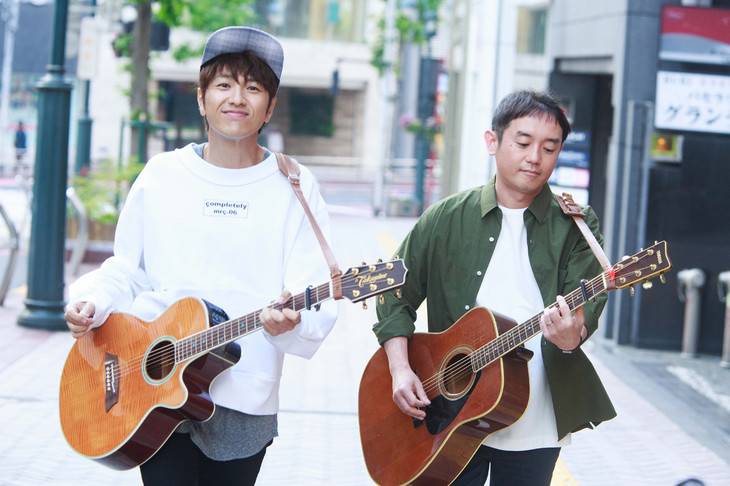 The PV for Yuzu's new song "Koen Dori" has been revealed on YouTube.

"Koen Dori" was digitally released on May 29. It's currently being used in the CM for Itoen's 'Oi Ocha.'

The PV was directed by Okita Masaki, who has previously been in charge of the PVs for "Tomodachi no Uta" and "Sentimental." It features the duo walking down Shibuya's Koen-dori while singing and playing the acoustic guitar. At the end of the video, you can see footage of "Ame to Namida" and "Shonen" from 1998 when they performed at Shibuya Koen-dori Gekijou.