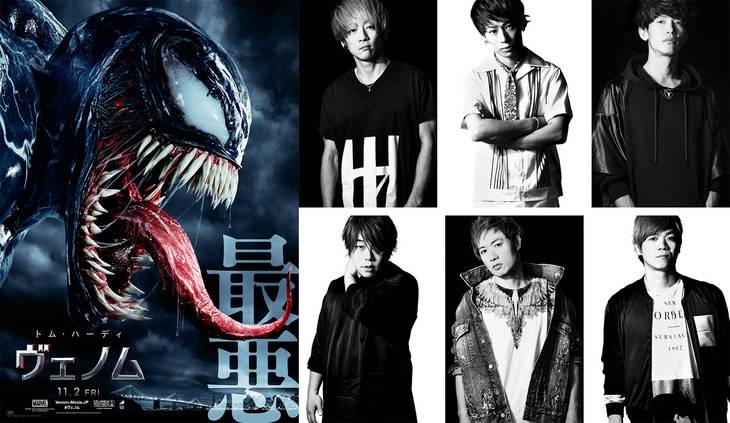 UVERworld will be in charge of the theme song for the Japanese-dubbed version of the upcoming Marvel movie 'Venom' to hit theaters on November 2.

UVERworld wrote the song "GOOD and EVIL" for the movie. TAKUYA? (Vo), who claims to be a big fan of Marvel, commented, "I was super happy when this was decided." On "GOOD and EVIL," he said, "To stay close to the movie's worldview, we wrote a dark song with a sense of speed and the strength to rise to the top."

"GOOD and EVIL" will be released together with "EDEN e" as a double A-side single on November 7. "EDEN e" has been picked up as the opening theme for TV Tokyo's drama 'Investor Z.' In addition, the single's limited edition will come with a DVD containing live footage of "ODD FUTURE" and "earthy world" from their fan club live 'UVERworld Neo SOUND WAVE CREW LIVE' held back in June at B.9 V1.