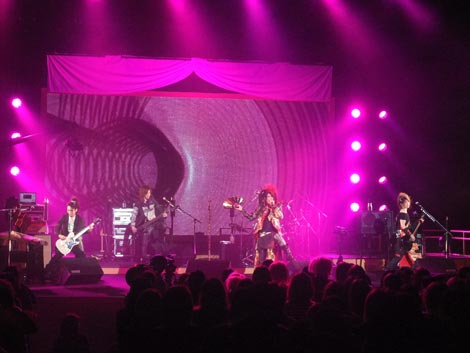 After performing the band's 23 songs, each member held back tears as they gave a message to their fans. Kagrra's vocalist, Isshi, said, "This is an inexpressible feeling. I feel like I have said everything I wanted to say to you during these past 11 years. Please don't forget a single word. Continue to experience different kinds of music even after this." He concluded the band's 11 years of activity, saying, "Today I announce our official disbandment, but I promise you that wherever you are, Kagrra is there with you."

Kagrra performed all of the band's 23 songs in their final live concert, including their first release, "Kotodama", from their indie days, as well as the popular song "Sakura maifuru ano oka de", which has come to represent the band. To prolong their final moments together, the band integrated their fans into the entire concert.

Kagrra was a Visual Kei band formed in 2000 with five members: Isshi (Vocals), Akiya (Guitar), Shin (Guitar), Nao (Bass), and Izumi (Drums). Earning popularity for their Japanese-style costumes and rock sound, the band had their major debut in 2004 with the single, "Urei". Kagrra has produced 44 original works as a group, and they will surely be missed. 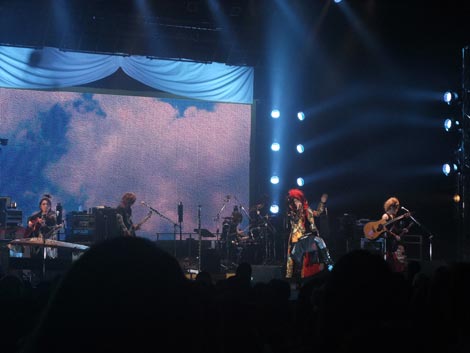