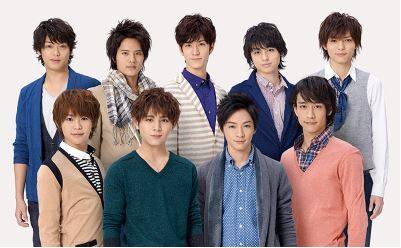 Hey! Say! JUMP will release their new album "smart" on June 18. To coincide with this release, they will hold a live tour starting in August.

The group's new album will contain 14 songs such as "Come On A My House", which is known as the CM song for House Foods' 'Bamond Curry', "Ride With me", which was produced by ?Taku Takahashi (m-flo?block.fm), and "AinoArika", which is the theme song for member Yaotome Hikaru's first lead drama 'Dark System Koi no Ouza Ketteisen'.

In addition, Hey! Say! JUMP will hold a live tour shortly after the album's release. It will kick off on August 2 at Osaka-jo Hall and will wrap up with a 3-day live at Yokohama Arena in October.