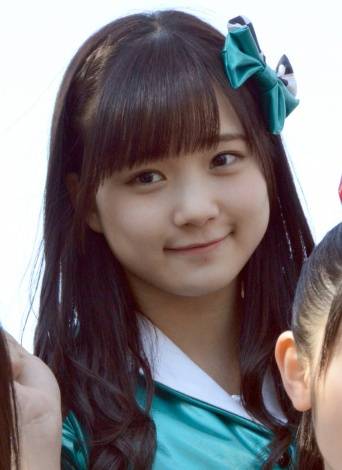 Idol group Country Girls member Inaba Manaka (18), who has been on hiatus due to asthma since this April, has graduated from the group as of August 4.

On Hello! Project's official site, the announcement says that Inaba had asthma since she was a child, and it's gotten worse after she moved to Tokyo. As it started affecting her activities, she decided to go on hiatus. However, "her condition has not been getting good enough to join the group's activities as they often travel around across the country for the performances. After talking to Inaba, her family, and the doctor several times, her graduation from Country Girls came as the conclusion. Inaba herself thought that she wouldn't want to cause any more trouble to the group." The announcement also said she will seek any possibility for future activities while checking in on her treatment progress.

On the same day, Inaba updated her blog to announce her graduation. She apologized to the fans who were waiting for her comeback and explained her condition. She then thanked them, the members, and the staff members, saying, "Though it was such a short period of time, a year and 9 months, the things I was able to experience and memories as a part of Country Girls are countless. I would like to thank you fans and staff members for letting me have every day be fulfilling, and to the Country Girls members, thank you very much!"

Inaba will remain in Hello! Project.

Source & Image: Oricon
Thanks to Meipon for the tip!