175R to resume their activities after 6 years 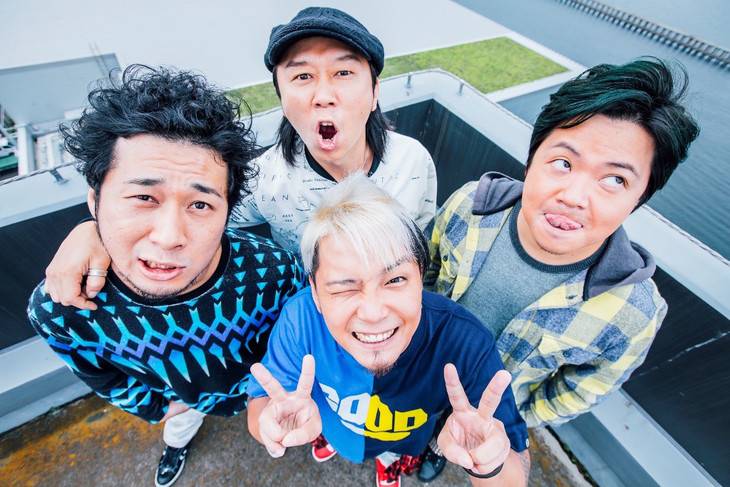 175R will resume their activities after about six years. First they will perform at the live event "SKULLSHIT 20th ANNIVERSARY Gaikotsu Matsuri" on December 3 at Makuhari Messe.

175R stopped their activities back in December of 2010. With recent reports of the death of their staff and friends that they've worked with since their indies days, the members strongly regretted not being able to show them their activities again. In addition, their close friend Otaki Tetsuya of apparel brand SKULLSHIT hoped that the band would help celebrate the brand's 20th anniversary. After "Gaikotsu Matsuri," 175R will perform at "MERRY ROCK PARADE 2016" on December 24 and 25 at Port Messe Nagoya, then at "FM802 RADIO CRAZY" on December 27 and 28 at Intex Osaka.

Additionally, 175R re-recorded six of their hits including "Happy Life" and "SAKURA," and the collection titled "175R(e) BEST" is now available for download via iTunes, Recochoku, and other music distributing sites. Furthermore, the band recorded a new song called "Korekara." While the release date has not been determined yet, the song is already playing at several radio stations.

On their comeback, SHOGO (Vo) commented, "With grateful feelings to everyone that waited for us, to the many people we met during our hiatus, and to everyone we will meet in the future.  Please continue to support 175R!"