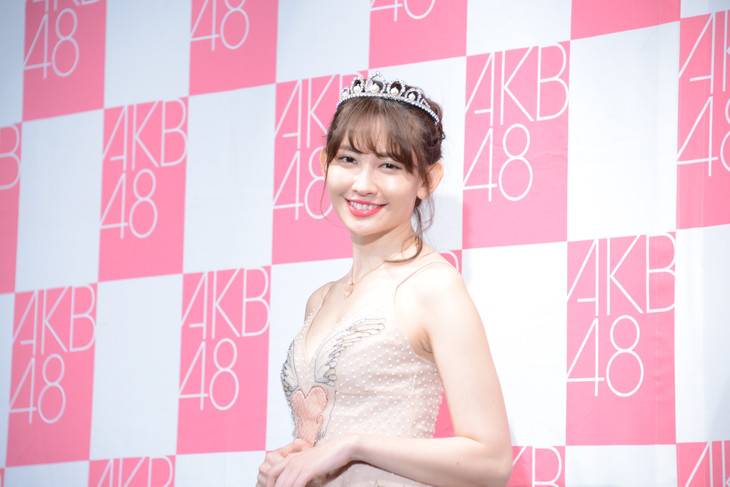 After her graduation concert at AKB48 Theater, Kojima held an interview with reporters. "It doesn't seem real that I graduated yet though I feel that it has really ended," she said with a smile. When asked about what left an impression on her during the concert, she responded, "I was surprised to receive a letter from Akimoto-san. I think he wrote to me because I've been active for so long." She continued, "It was also surprising to see members who don't really cry, like Mayuyu (Watanabe Mayu) and Yukirin (Kashiwagi Yuki), crying."

Kojima was also asked to say a few words to Minegishi Minami, who is the only first generation member left in the group. "Pardon me for leaving first," she said and made the reporters laugh. On her future plans, she commented, "I want to continue my work in fashion, and become a more lovely woman." Finally, she stated, "Thank you for the past 12 years. There were many difficult times, but after today's show, I am able to think that it was fun. Thank you very much for supporting me over the years. Please continue to support me."